Since their conception in 1984, Birkins remain the epitome of prestige within the realms of high fashion. Due to the timely nature of completing saddle stitching, it takes 48 hours to make just one.

Inspiration for this timeless design was drawn from British Model and Singer, Jane Birkin, who was on an aeroplane with then Chairman of Hermés, Jean-Louis Dumas. Before long, Dumas had sketched the Birkin on the back of a sick bag (unused may we add), and the rest is history…

We understand the elusive nature of Birkins is frustrating for handbag lovers, so we’ve coordinated an Ultimate Bag Guide to advise you of everything from prices, materials, and celebrity fans.

Birkins are available in 4 different sizes, ranging from the mini to the travel size. The most common sizes are Birkin 30 and Birkin 35, whereas the Birkin 25 is the hardest size to source; typically reserved for VIP clients. 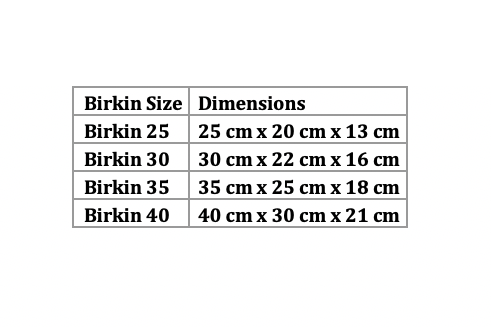 When doing your research on Birkins, you will often find information that refers to them as B25, B40 etc. The B simply refers to Birkin and the number represents the length of each style in centimetres.

Birkins are a better investment than stocks or a house. You’ve not read that wrong, they truly are!

They host an annual value increase of 14.2% and between 2016-17, they rose by a staggering 16%. This has resulted in a ‘Birkin Drought’ ever since on the re-sale market; it’s fastest finger first ladies! You can shop our growing Hermés collection online!

Due to the infamously elusive nature of Birkins, you can’t pinpoint current prices for them as Hermés don’t sell them online; only in-store to handpicked customers.

However, if we review previous years such as 2019, we can see striking prices such as $10,900 for a Birkin 30 and $12,100 for a Birkin 35, which will have drastically increased since then due to two annual price increases.

If you’re not sat down already, you may want to find somewhere comfy. Birkins are renowned for being the most expensive handbags in the world, exotic styles sell upwards of £50,000.

The most expensive handbag in the world (unsurprisingly a Birkin) sold for £380,000 in 2013. The Hermés Himalaya was crafted from rare, matte gris cendré Himalayan Crocodile skin, complimented by 18k White Gold & Diamond encrusted hardware.

The colour ways for Birkins are endless, there’s more than 25 varying shades of blue alone, so our Ultimate Bag Guide is perfect for directing you to your perfect Birkin!

Now you’re aware of how difficult it is to source a Birkin, it shouldn’t be a surprise that you can’t be fussy with what colour you’d like. Often, each Hermés boutique will only stock a few Birkins and if you’re lucky enough to be allowed to purchase one, they often pick the colour you can have.

You may think Birkins come in 1, maybe 2 variants of leather but there’s upwards of 9 different skins:

·      Clemence = Sourced from baby bulls, the leather is grainy, flat, and matted. It’s completely scratch resistant due to its textured nature.

·      Togo = Another scratch resistant style that comes from baby calves and has a soft pebbled finish. It appears slightly raised and feels smooth to touch but also slightly grainy.

·      Epsom = This leather is similarly scratch resistant and also extremely light in nature. The grains are much finer than the Clemence and is very easy to clean.

·      Swift = Is commonly compared to Togo and Clemence, however this is better suited for bright colours. Formerly known as Gulliver, this is a very soft leather with extremely fine grains.

·      Fjord = This is an adult leather and has a soft texture. It is heavier and water resistant.

·      Berenia Natural = Old type of leather that Hermés traditionally used to make their saddles, nowadays purchasers of this leather type will buy a bag and saddle combination. It’s extremely smooth and resistant to scratches, it can also resit water and oils.

Materials in order of appearance above.

·      Varanus/Lizard = Available in both matte and lisse, this is a more demanding material, because it can dry out. The small scales contribute to the material's shiny look.

·      Ostrich = Distinguishable due to the pores that run evenly over the surface. The pores become lighter/darker over time depending on if they are exposed to the sun or contaminants

·      Alligator = Can come in either matte or Lisse (shinier) … the difference between alligator and croc skin is the dimples on the edge of the scales of the croc skin, not as smooth of a design as alligator leather

·      Crocodile Niloticus = The Niloticus Crocodile gets its name from the region in which it is native, the Nile River. These skins are characterized as the slightly larger cousin to the Porosus Crocodile, with subtly larger scales, and often seen lacking distinct pores.

Materials in order of appearance above.

The hardware on a Birkin ranges from the studs on the base, the padlock and keys to the embossed plate on the front.

Before 2000, locks on Hermés bags didn’t feature any serial number, instead they bore the iconic Hermés stamp with a digit that correlated with the number on the key. Since then the design of the locks have adapted.

Birkin’s typically host one of two finishes, either gold plated or palladium. However, there are also rare finishes such as 24K gold, ruthenium, burnished and diamond encrusted.

The hardware on Birkins, unlike other branded items, is of a high quality that resists tarnishing and corrosion; enabling each item to retain its prestige appearance. 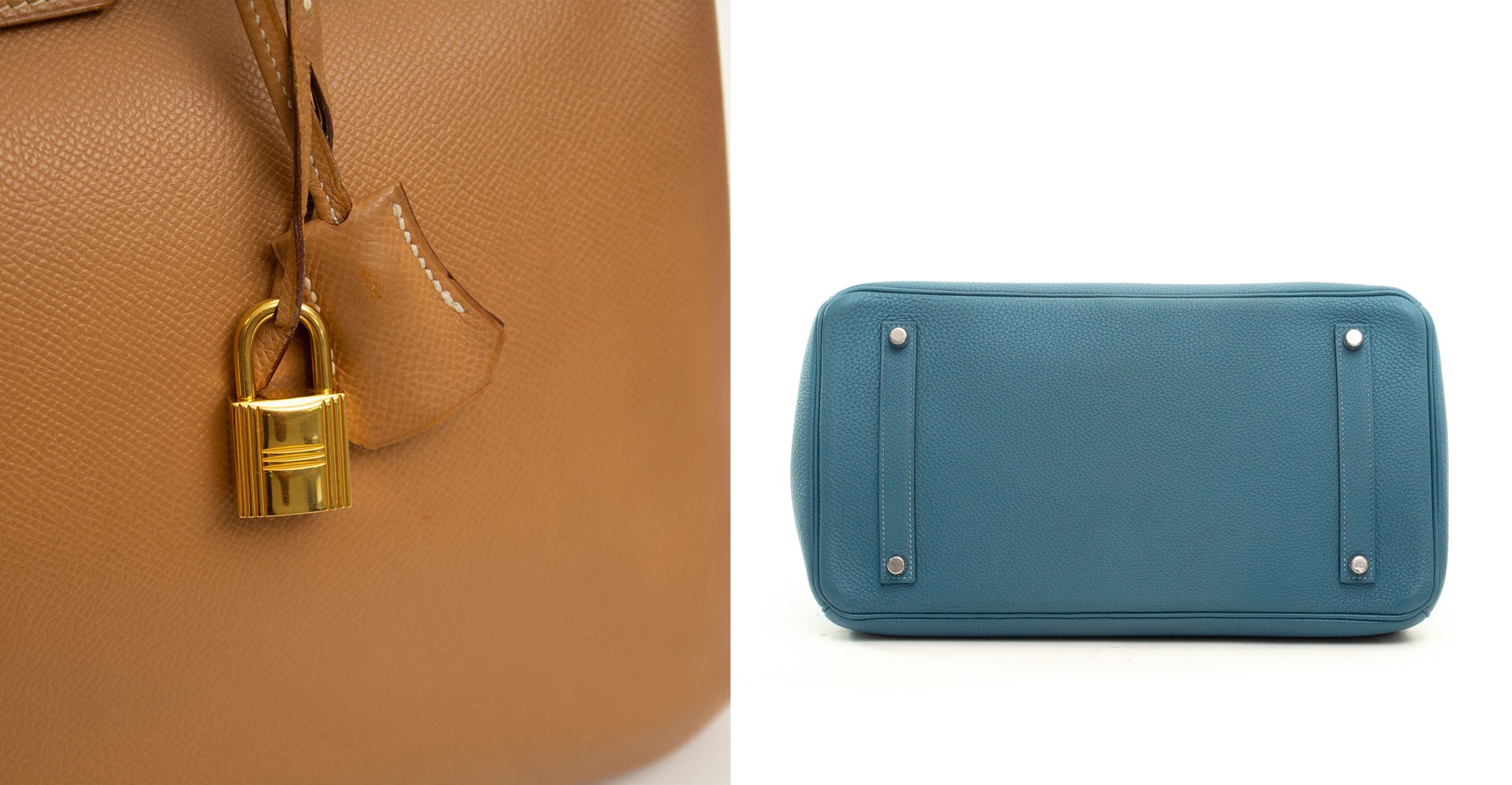 It’s not common that you’ll come across other people with the same Birkin as you, but if you did want to be completely unique in your style, then we’ve sourced some rare designs that you’ll love! 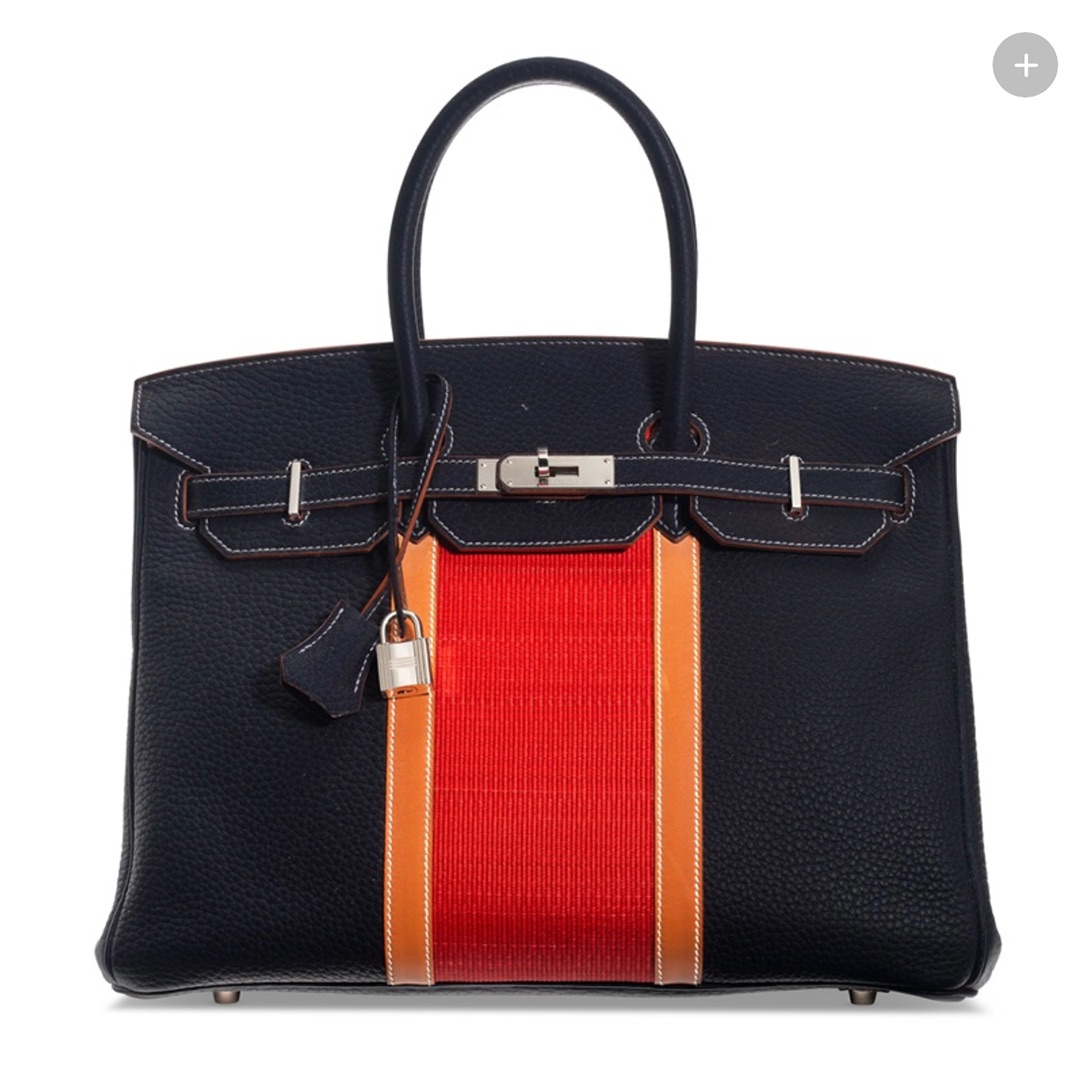 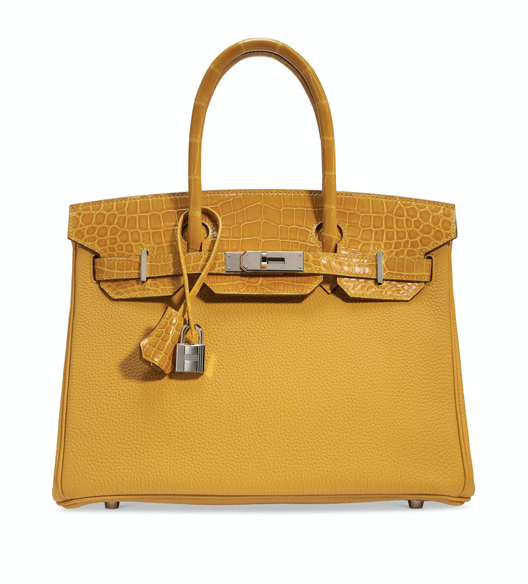 The Faubourg Birkin: these rare and characterful designs were released in 2019 and are hard to get your hands on! 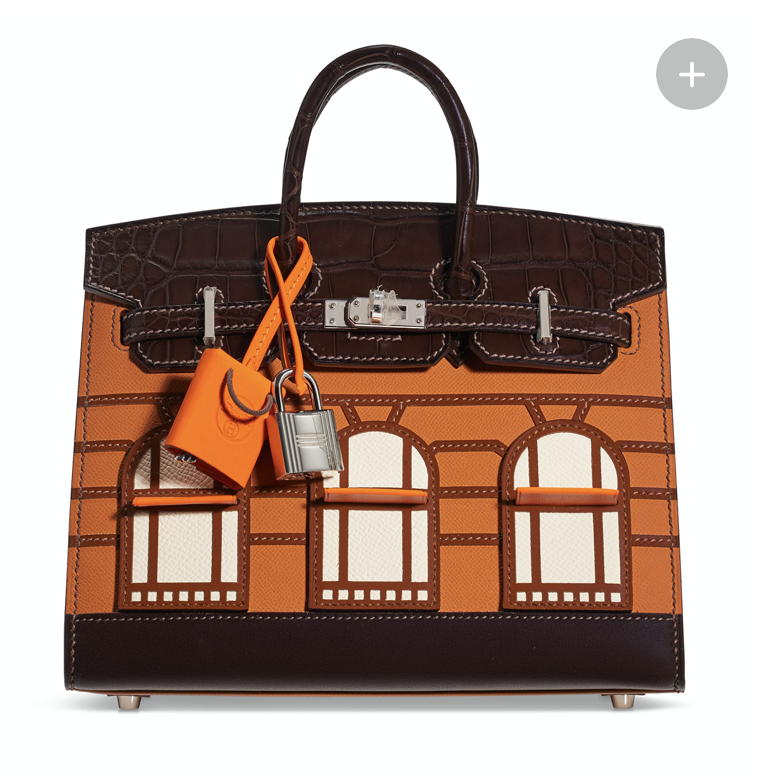 Sunrise Rainbow Birkin: A favourite of Cardi B’s and will add a pop of colour to any outfit: 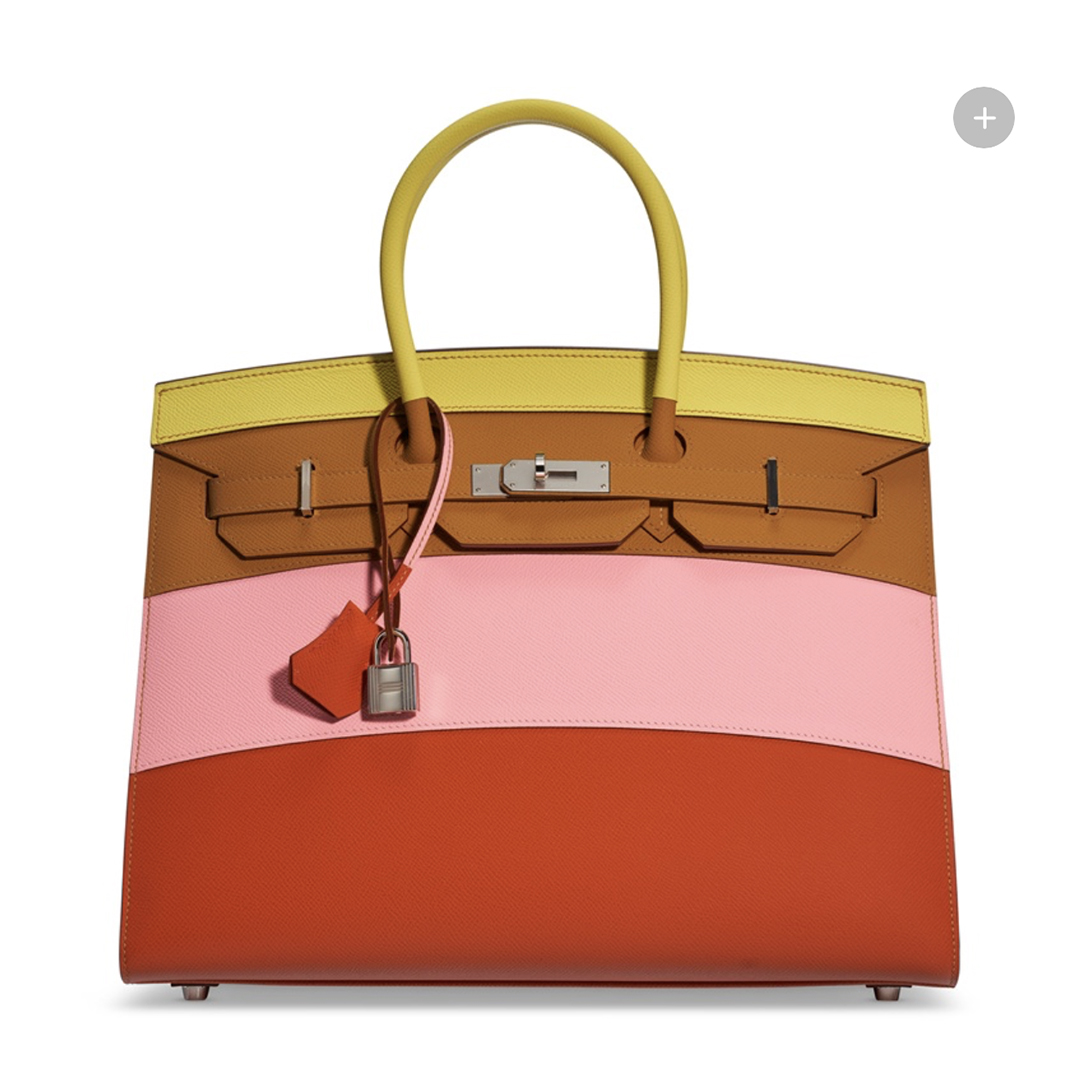 Cargo Birkin: for when you’ve got to shop at 11 but trek in the jungle at 12: 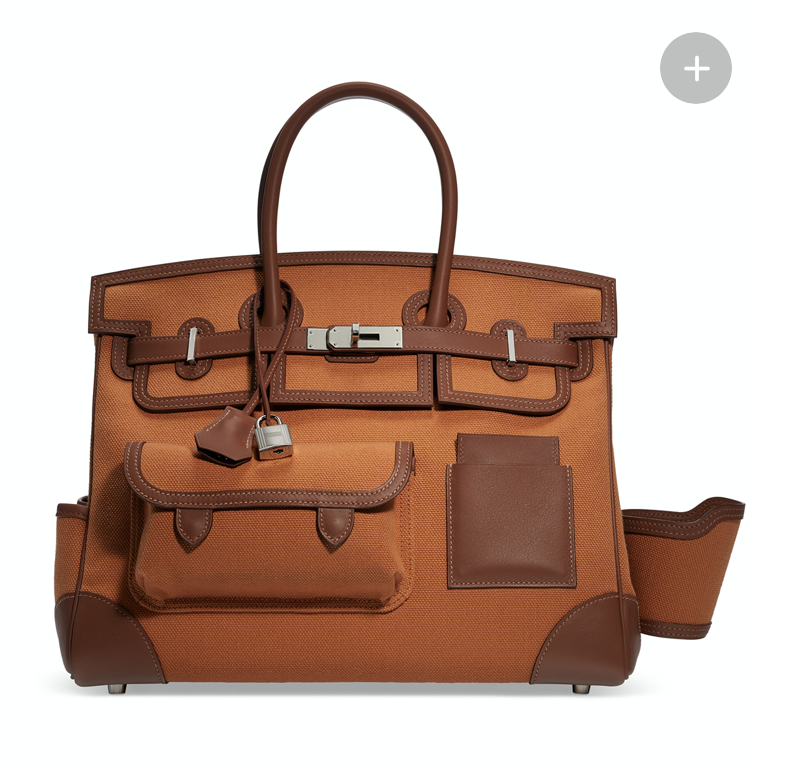 From fashion’s finest to major internet presences, Birkins have sealed their place as the IT bag for women everywhere!

Victoria Beckham supposedly has more than 120 designs and each of the Kardashian women boast a colourful collection! 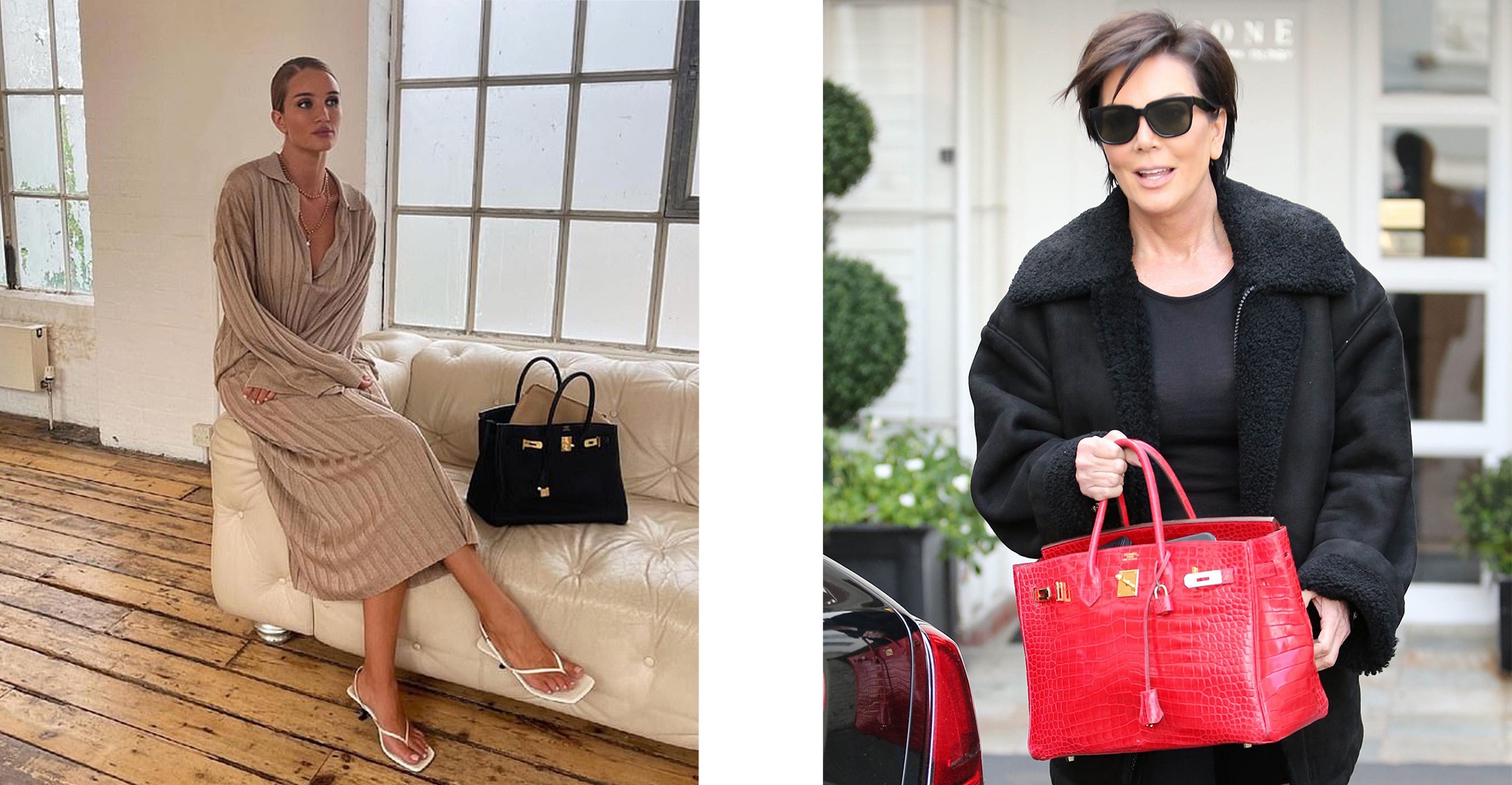 Not only can you purchase Hermés Birkins from Handbag Clinic, you can also sell your coveted collection through our expert team today! 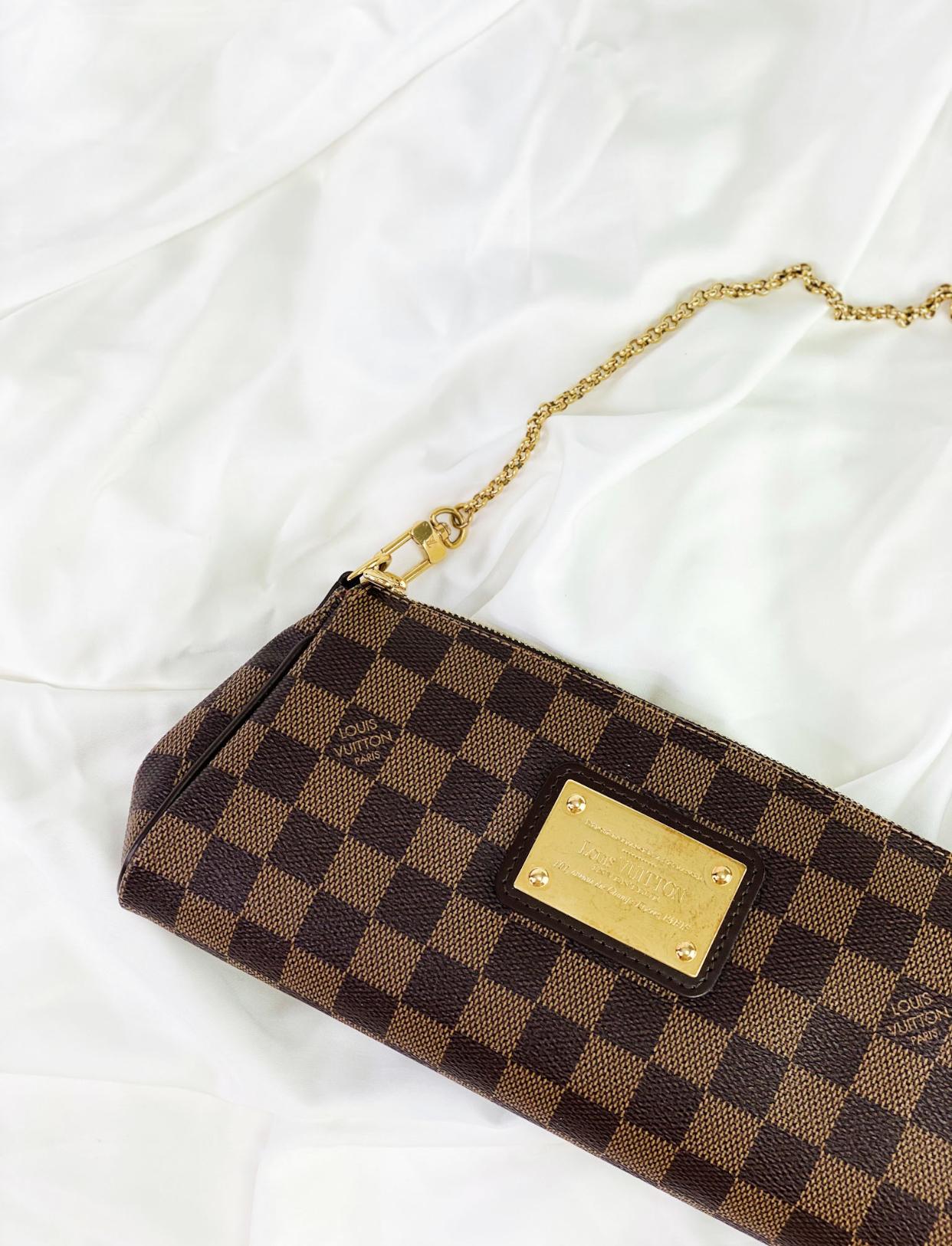 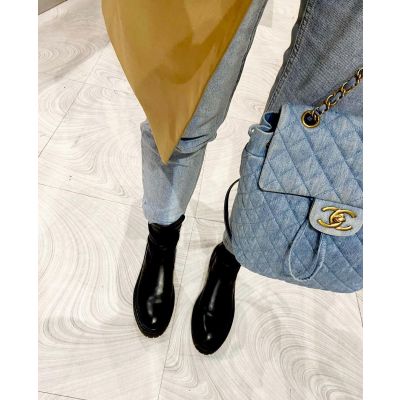 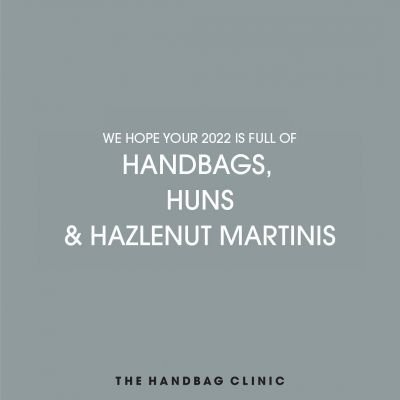 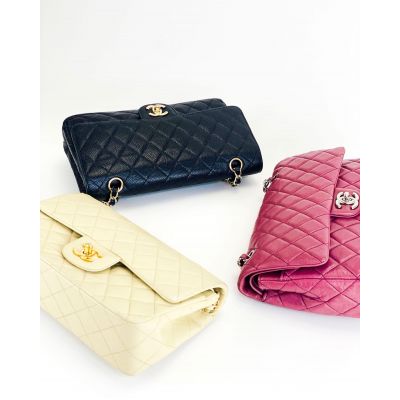 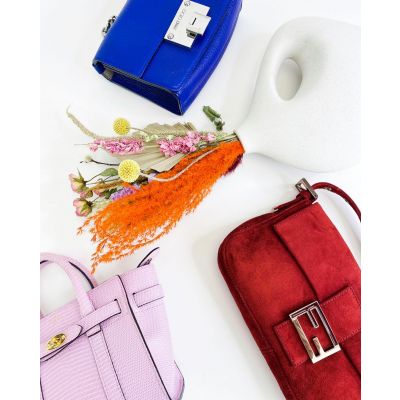 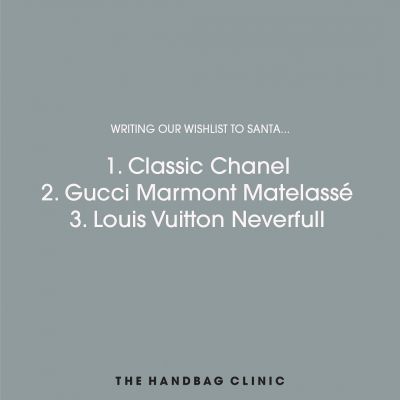 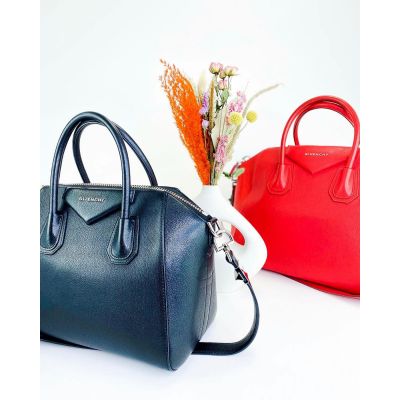